Royal Borough of Greenwich are working with its partners Transport for London (TfL) and Sustrans to develop proposals for new ‘Quietway’ routes, to enhance facilities for people cycling or walking, whilst minimising impacts on other road users. This set of schemes would implement improvements along the cross-Peninsula section of the ‘Thames Path Quietway’ in Peninsula Ward. Further proposals for sections of this route in other Wards will be brought forward for consultation in due course. 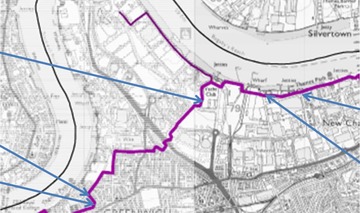